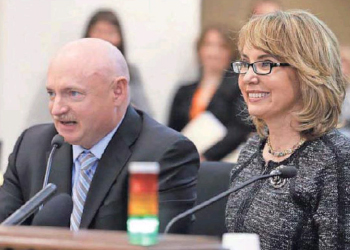 01 Jun New Jersey is giving voice to people with Aphasia

Posted at 15:43h in Newsletter by Adler Aphasia Center
0 Likes

Some speak their own language, while others don’t speak much at all. Some can’t read. Others can’t write. But as anyone with Aphasia knows, it is not for a lack of trying or wanting. Nor is it for a lack of good ideas, compelling thoughts or intellectual capacity.

That was true for famed writer Ralph Waldo Emerson. And that remains true for former Rep. Gabby Giffords and the 2.5 million other Americans who currently have Aphasia, a communication disorder that impairs a person’s ability to articulate or process words.

Despite its prevalence, however, Aphasia remains one of the least known or understood health conditions. It often goes undiagnosed and untreated. Those with Aphasia often suffer in silence.

In fact, many people have never even heard the term “Aphasia” and don’t realize that about one-third of all stroke victims end up with it. And among those who are familiar, many don’t realize that it has absolutely no impact on a person’s cognitive ability, memory or judgement. Even many people with Aphasia don’t understand what it is or what they should do about it.

Fortunately, for those living in New Jersey, there is new reason for hope.

Thanks to the leadership of some of our Bergen County-based state legislators – as well as to the unanimous support of both chambers of our state legislature – New Jersey will be establishing the nation’s first official body to study and make recommendations regarding Aphasia. Signed into law last month, the Mike Adler Aphasia Task Force will be a permanent presence in the N.J. Department of Health – one that will be responsible for assessing and making recommendations regarding the prevalence of this disorder and the need for individual and family support.

Granted, in recent years, private organizations like the Adler Aphasia Center, have stepped in to fill the void. Research has been conducted. Awareness has been promoted. A host of services and therapies have been provided. But clearly, so much more needs to be done.

Now, with the active involvement of our state government, we can take all of this good work to the next level – shining even more light on this hidden disorder, providing even better treatment and better support.

And now, with a partner in Trenton, people with Aphasia will have a new voice.

Charles Berkowitz is chairman of the Board of Directors of Adler Aphasia Center, Inc.

Click here to view the original article on NorthJersey.com