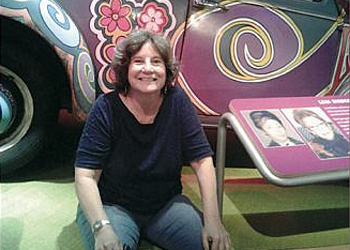 Posted at 14:18h in Uncategorized by Adler Aphasia Center
0 Likes

I didn’t want to go into Yom Kippur not having given serious thought to what I learned over the past year. After all, that’s what I’ll need to move forward, God willing, into the next.

There were serious takeaways from the sermons I heard on Rosh Hashanah, but what most sticks in my mind was a quote from HIAS, which provides humanitarian aid and assistance to refugees of all faiths. Why should we help these people? “Once, we helped refugees because they were Jewish,” HIAS says. “Today, we help refugees because we are Jewish.”

Being Jewish means different things to different people. For some, it means getting together with family on Pesach. For others, it means davening three times a day. But we all share a common heritage, and that heritage includes both ethical teachings and moral lessons. I believe that we ignore them at our peril. It’s admittedly hard to be a light unto the nations. Indeed, some people would prefer to remain in the dark, unnoticed, and therefore, they think, safe. But that has never been our way.

As the late Elie Wiesel argued so passionately, “Sometimes we must interfere. When human lives are endangered, when human dignity is in jeopardy, national borders and sensitivities become irrelevant. Whenever men or women are persecuted because of their race, religion, or political views, that place must — at that moment — become the center of the universe.”

I also took away from one of the holiday sermons a sense of urgency, of the need to act now. We are blessed with the ability to change. Otherwise, why beat our chests? If we determine that there is an action we should pursue, a way to embody the teachings of our great heritage and improve the world, we have the ability, and responsibility, to do it right away.

Moving on, I learned another valuable lesson, one drawn from a program at the Adler Aphasia Center, called Community Partners. Based on the premise that everyone has something to give, the program provides ways for members of the center to give back to the community. At the Adler center, people with aphasia get help. Now they’re able to give it as well.

Aphasia, a language disorder that impairs the expression and understanding of spoken language, reading, and writing, affects some 2 l/2 million Americans. It occurs most often from a stroke or brain injury, and while it affects a person’s ability to communicate, it does not affect his or her intellect or emotional IQ. One of the best ways to reinforce a person’s sense of self-worth is to show that person how he or she can help others.

I was privileged to join the Community Partners group at a recent snack-packing event held at Bergen Community College by the Center for Food Action. Word around the room was that our group packed the most snack-packs, filling an entire collection bin ourselves. A good day all around. Even more, the enthusiasm in the group is palpable, as members prepare to support veterans, reach out to battered women, and collect toys for needy youngsters.

Finally, I’ve been taking a class on Walt Whitman, the quintessential American poet, essayist, and journalist, and I’ve learned that speaking your mind — and boy, did he do that — may not be popular with the readers of your time, but (with a nod to Elie Wiesel) speaking truth to power is always a good idea.

The poet’s optimism, love of nature, and commitment to the equality of all people — not to mention his fascination with sexuality — ensure his continued importance and relevance, though he died more than 100 years ago. Who among the now living will enjoy that distinction? What tweet can match the elegance of Whitman’s free verse?

What is my takeaway from that? As a journalist, I will continue to reach high, observing Whitman’s injunction to “be curious, not judgmental.” As an individual, I will heed another of his suggestions, urging us to “re-examine all that you have been told… dismiss that which insults your soul.”